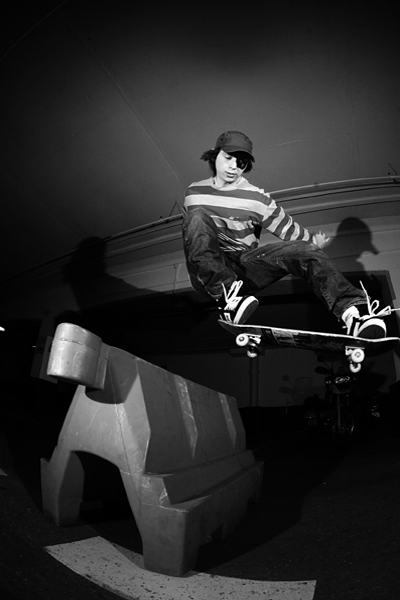 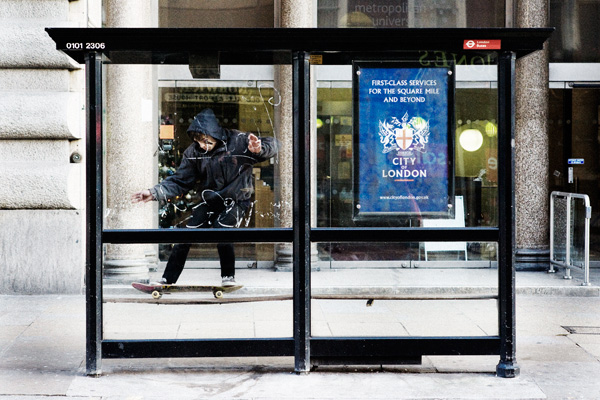 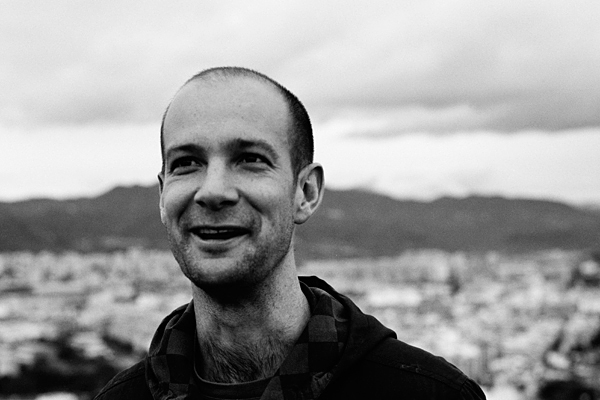 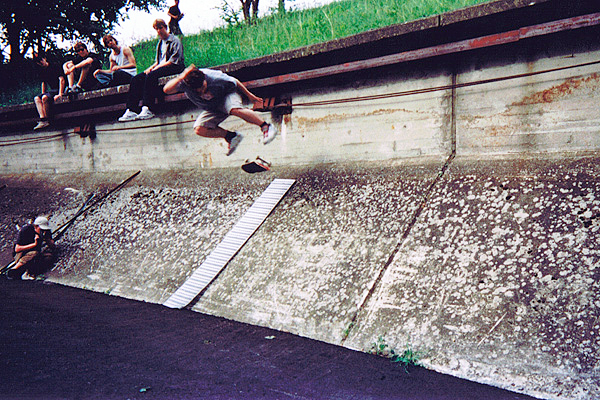 Originally published in Sidewalk Surfer magazine, around 1999.
Click below to expand full text.

[DDET Uncle Someoneâ€™s World of Something: On Winter]

First off, apologies for absence. My hectic (lazy) summer schedule meant I couldnâ€™t bring you any musings from the edge last month. But thanks for the continuous communications via atoms and bits, keep them coming.
Second, minutes of the last meeting. The riots on the streets of London seemed to cause a hot-headed literary flourish on behalf of many. Some in support, some in strong opposition. Now that weâ€™re back to our routine of sessioning the streets as and when we like to (perhaps that is a kind of slow motion riot) we should remember how lucky we are to have the urban landscape as our playground. We are its most imaginative users, we have few agendas (hidden or otherwise) and our appreciation of the concrete sprawl is second to none. Letâ€™s keep it that way.

So, fast forward to now, Autumn 1999.
I have no exciting ideas for you this month. No contentious propositions, no outlandish claims or controversial opinions. Read on if youâ€™re stubborn enough.
Itâ€™s simply the case that there is not much left to give now that summer is behind us. Those times we dreamed about 9 long months ago have already passed us, like that motorway service station we just missed (next one-112 miles).

I lie exhausted on a pine bed in the depths of a Scandinavian forest. I look back over the last couple of months and realise that Iâ€™ve spent the longest time away from home in my life. (Donâ€™t prepare to be amazed-itâ€™s only 6 or 7 weeks.) But itâ€™s taught my naive self a lot about the comforts of home. I long to flick on the limescale-ridden kettle or wrestle with the inconsistent shower. Home discomforts become sweet fantasies after even the smallest period of absence. One thing is for sure though, I am not saddened by my travels-quite the opposite in fact.

The wonderful activity of skateboarding has taken me all over this fair continent. It has introduced me to countless new friends and eaten steadily into the coffers of a bank who didnâ€™t seem to care. I know that my monetary luck may soon run out, but the amazing experiences cannot now be erased. They are imprinted forever, etched in fact, deep in the texture of my mind. With all my heart I hope that you feel the same about your summer too. In many years we may meet and can discuss such matters over a pint of ale and a Beef Wellington.

Yet, with all this summery afterglow, a cooler wind blows forth. In the eyes of many skaters the winter heralds a time of frustrated skate trips, aching bones and just too tempting televisual warmth. But we should look forward to the winter with eagerness. Fresh, unstifled air drawn deep into the lungs as we glance up at the clearest skies imaginable. The empowering feeling that one push on that rock hard tarmac will take you 20 feet further than it did 3 months ago. Endless layers of clothing lay ready to be peeled in the maintenance of the perfect body temperature. Rosy cheeks. Harsh grinds. You know the rest.

In the wintertime, sessions are more special. Those who brave the cold to skate are unified by their commitment. Your circle of friends may seem to narrow down somewhat, but it becomes more true as a result. Post-session conversations have an honest, upbeat flavour. Blood still rushes round the body working overtime. Feet are tapped and hands are clapped. Brrrâ€“lets get a cup of tea! The word chilling takes on an altogether different meaning.

Decks last longer or shorter in the winter months, depending on whether you brave the damper days or not. New skate videos grow magically in stature-depictions of sunny palm-tree-filled skate spots allow a temporary escape from the wet, grey housing estate.

Here in Scandinavia the skaters are used to dealing with winter weather. The brief summer sees an explosion of skating around the cities, whilst the long winter is a time for consolidation and construction in the many, many indoor parks. Some of Europe’s biggest (Bryggeriet in MalmÃ¶) and smallest (any kids garage) skateparks are to be found here. I am staying near a tiny fishing village on the edge of a large and frighteningly deep fjord in West Sweden. By some miracle (at least in my eyes) it has an indoor park with a mini ramp and street course. It is completely free to skate and is used by between 5 and 20 local skaters depending on the whims of the weather and their parents. To me it is paradise: The perfect antidote to living in London. But I wouldnâ€™t love it here if I didnâ€™t have London to return to, and I wouldnâ€™t love London so much if I couldnâ€™t escape to somewhere like this.
I feel perhaps I am making a point now (although I assure you it is an accident). Because everything is relative, it can only be enjoyed in comparison with something else. The British summer is short and sketchy at best, yet we look forward to it because winter exists. For this reason alone we should return the favour to winter, and begin to look forward to that too (couple that with the reasons mentioned previously). A backwater fishing village with a tiny indoor park becomes a fantastic treasure cove in comparison to the dangerous and anonymous streets of London. The favour is returned-the streets of London seem paved with gold after too long in nowheresville.

I guess we should try and like everything, every place, every situation.

Itâ€™s the same with different styles of skating too. Old school skating only has a label because there is something to compare it with. Technical street skating gets the recognition it deserves only from those who truly understand it i.e. those who have tried it or seen it in comparison to some other style of skating. The average passerby thinks that a switch backside tailslide shove-it looks weak compared to a simple ollie down 5 steps. One is not better than the other, each trick just provides part of the context for the other.
Itâ€™s taken me 12 long years to learn this simple lesson properly.
I know it wonâ€™t take you so long, in fact I see more and more converts all the time busting out nollie flips to no handed bone-ups.

The love of winter compared to summer is a bit harder to muster though.
Please donâ€™t give up skating this winter.
It wouldnâ€™t be the same without you.
[/DDET] 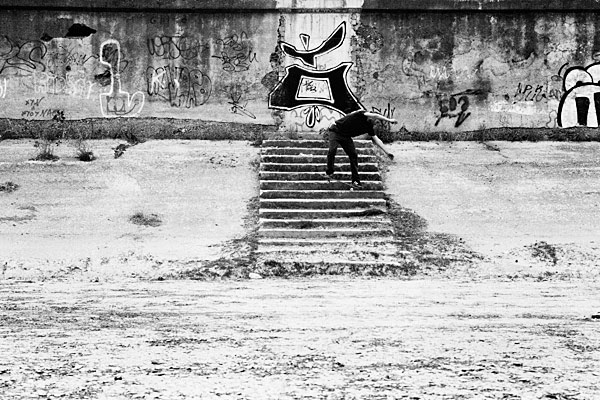 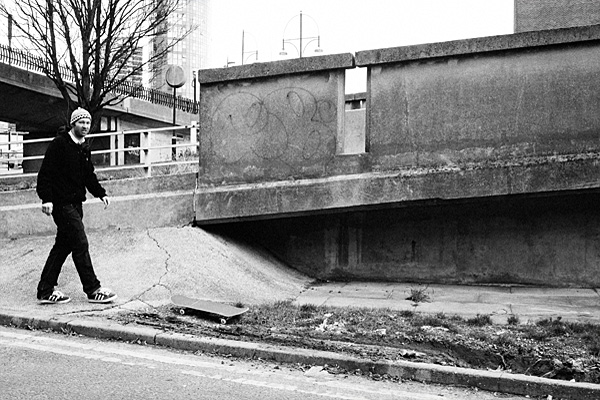 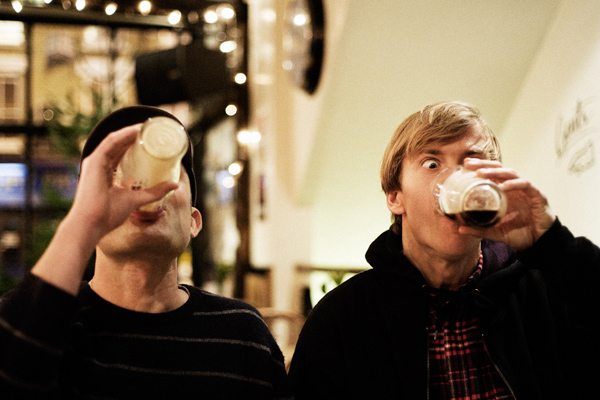